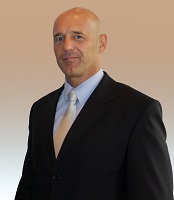 He is the mentor of eight doctoral dissertations, six master of science theses and over 160 master's theses at university and professional studies. He was the head and principal investigator of a scientific research project approved and funded by the Ministry of Science and Education of the Republic of Croatia: "Monitoring the Changes in the Anthropological Status of Children in Wrestling Sports".

He is a member of the Executive Board of the EUPEA (European Physical Education Association) as a Scientific Advisor (three years in the past term) and since 2017 until 2019 as a representative for Southeastern Europe.

He was elected as a member of the Committee for Pedagogy, Educational Rehabilitation Sciences, Logopedics, and Kinesiology at the Agency for Science and Higher Education in Croatia for the period from 2017 to 2021 (Vice President for Technology Development and Innovation).

He has been practicing Judo since 1972 and is a holder of the 7th day master’s degree (International Judo Federation) – red-white belt. During his career as a competitor, he was a champion of Croatia and former Yugoslavia state (SFRY) many times and he played for both national teams. He has won several awards at international tournaments at the club and national team level. He was a part of the Croatian Judo National Team in its first tournament on February 17, 1991, in Italy. His last appearance for the Croatian national team in judo was in 1995 at the first World War Games in Rome (Italy). During his career as a competitor, he performed for AJK Mladost from Zagreb and JK Tenri from Udine, Italy. He was a coach at AJK Mladost Zagreb, JK Jaska and Dojo Keshiro Abbe (Corridonia, Italy). From 1994 to 2000 he was a national selector and head coach of junior and senior men's and women's national teams in Croatia several times. He has been the selector and head coach of the student national team of Croatia since 1994. Since 2000 he is the chairman of the Expert Coaching Commission of the Croatian Judo Federation. He has repeatedly been a fitness training coach for Shooting at the Olympics in 1992, 1996, and 2008.

He was awarded the High Professional Award for Advancement of the Profession, with a diploma and gold badge by the Croatian Association of Educators of Physical Education in 1999. Commemorating the 50th anniversary of the founding and operation of the Zagreb Judo Federation and the Croatian Judo Federation, in 2001, he was awarded as the first Doctor of Science in judo for his outstanding contribution to the development of judo.

He is a member of the Scientific Commission of European Judo Union (EJU).

In the field of science, he has received numerous awards at international scientific conferences and symposiums organized by the European Judo Union (EJU).

He was also one of nine invited speakers at the World Symposium on Judo (2009) organized by the International Judo Federation (IJF).

He is fluent in English and Italian.

Note: this list of papers is located in an maintained by the Ruđer Bošković Institute which is in charge of the Croatian Scientific Bibliography Database (CROSBI). This link will take you to the appropriate CROSBI page of this person, containing a list of papers they have themselves entered in the database. For further information and for instructions on changing the above data, please contact help@bib.irb.hr.